Global heat, drought, How far away from carbon neutrality?

How far away is "carbon neutral"?

At present, there may still be people who dismiss the problems caused by carbon emissions, thinking that "steel forests" without green mountains and clear water are the stuff of science fiction movies.

But over the course of this summer, more people around the world have found that the challenge of carbon emissions is at hand, as climate change directly impacts their lives with heat, drought and floods.

How hot is it this summer?

While this is not the warmest temperature ever recorded in the Arctic Circle, it has a serious consequence: a lot of ice loss in a short period of time. A prolonged Drought in the U.S. and Europe is threatening crop yields and wildfires, with some parts of southern Europe likely to continue for months, according to the Global Drought Observatory.

The Sixth Assessment report of the United Nations Intergovernmental Panel on Climate Change (IPCC) points out that the global extreme heat events (including heat waves) will continue to increase in the future; Some mid-latitude and semi-arid regions, as well as the South American monsoon region, have seen the largest increases in extreme temperatures.

Since the beginning of summer, China has also seen the highest temperature event with the strongest comprehensive intensity since the complete meteorological observation record, which has the characteristics of long duration, wide range, strong intensity and strong extreme.

An official from the China Meteorological Administration said in an interview with the media that comprehensive observations of the global climate system and a number of key indicators show that global warming is continuing.

"The natural disasters caused by climate change around the world make us shocked and sober." On September 4, 2022 China international service trade fair (hereinafter referred to as the 2022 service trade will) - the global conference on green development and carbon neutral theme at the opening ceremony, the former deputy secretary general, honorary President of the international green economy association Mr. Sha's speech stressed that the international cooperation to address climate change has not, it is urgent to me. 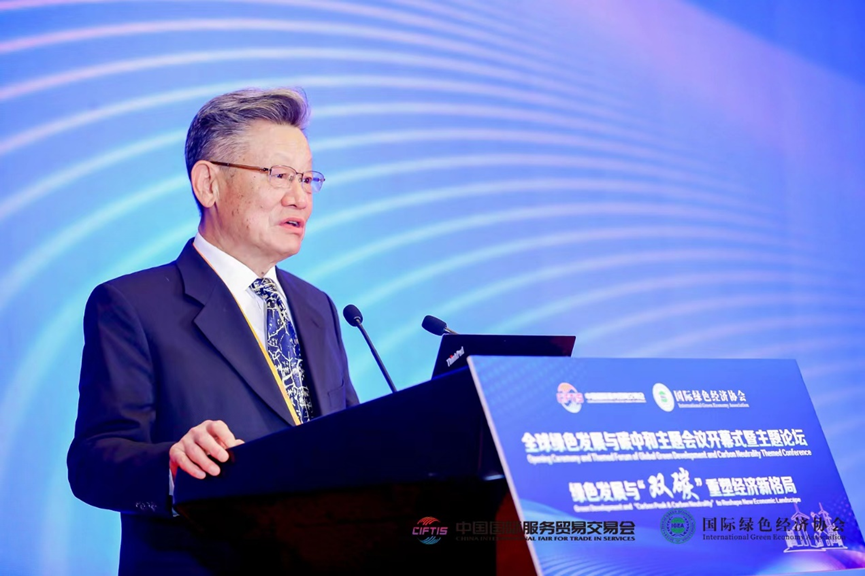 With the theme of "Green Development and Double Carbon -- Reshaping the New Economic Landscape", representatives from the Office of the United Nations Coordinator in China, government departments, diplomatic envoys, industry associations, experts and scholars, as well as companies in the carbon-neutral sector, In-depth discussions were conducted on key topics such as "Carbon peaking and carbon neutrality Action and national Unified Market" and "the 'carbon' plan to lead industries and life to low carbon".

Addressing the meeting, Xie Zhenhua, China's Special Envoy on Climate Change, said that despite the impact of geopolitics and the pandemic, the general trend of global green and low-carbon transition is irreversible.

In this context, China has always been committed to actively addressing climate change and turning the achievement of climate change targets and tasks into an endogenous driving force for green and low-carbon economic transition and high-quality development. Action plans have been issued for energy, energy conservation and emission reduction, circular economy, industry, urban and rural development, transportation, agriculture and rural areas, green consumption, pollution and carbon reduction, and for key industries such as iron and steel, non-ferrous metals, petrochemicals, building materials, oil and gas, hydrogen energy, and new infrastructure.

In addition, local governments have also formulated regional carbon peaking and carbon neutrality targets and action plans. Through national planning and powerful policies and measures, China's industrial structure, energy structure, mode of production and lifestyle are steadily moving towards the track of green and low-carbon development.

In the view of Chang Qide, the United Nations Resident Coordinator in China, a healthy planet is the foundation of human well-being, sustainable development and long-term prosperity. Enhancing climate action and restoring nature is one of the most important tasks for the international community; The global challenge posed by climate change requires global and inclusive solutions.

"If there is one global issue that is in the interest of all nations, it is climate change." Chang Qide pointed out that the world must unite to promote global green development; China is now taking critical steps, with the United Nations supporting its efforts to achieve its climate vision.

Sha Zukang also stressed in his speech that achieving the "double carbon" goal is already the only choice for the world economy to achieve higher quality and sustainable development.

In the battle against climate change, clean fuels, alternative building materials, better batteries and advances in agriculture and land use, these technologies and other innovations can play an important role in reducing greenhouse gas emissions, said Chang Qide, the United Nations resident coordinator in China. 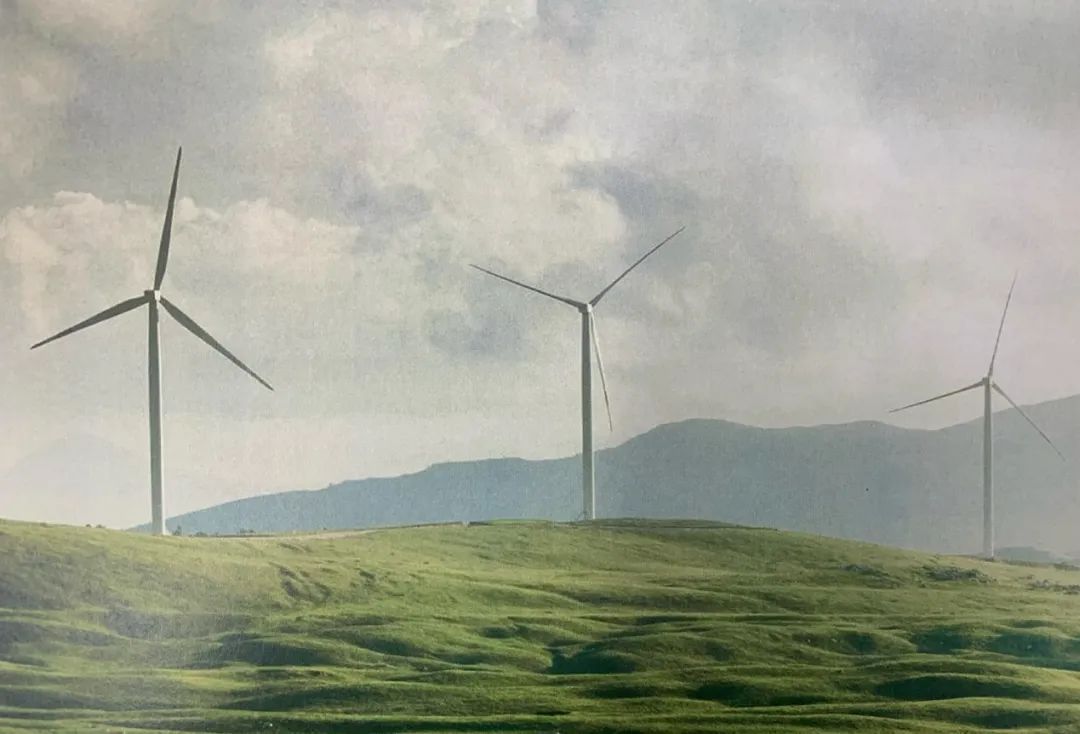 From the perspective of China's green, low-carbon and sustainable development, which industries are expected to be the core of the future "carbon neutral" sector?

Wang Jinnan, academician of the Chinese Academy of Engineering and president of the Academy of Environmental Planning under the Ministry of Ecology and Environment, said climate change management will trigger a broad and profound transformation of the economic and social system, and prompt rapid growth of green and low-carbon industries and investments. 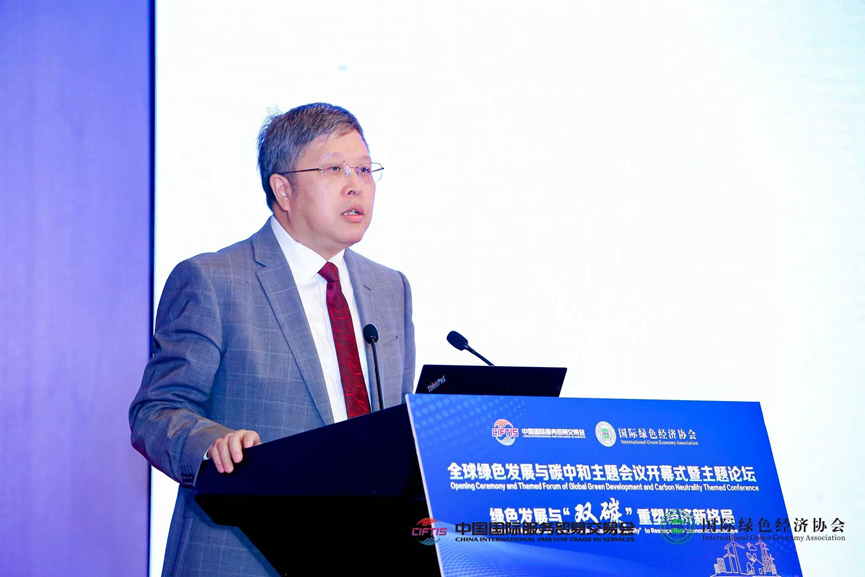 According to the projections of various research institutions, the global investment in climate change between 2020 and 2050 is expected to exceed 130 trillion dollars; In the case of China, it is expected that the country's investment in green energy transformation will exceed 150 trillion yuan by 2050.

Among these, electrification and smart grids, photovoltaic and wind power, hydrogen power, and CCUS (carbon capture and storage technology) are expected to be the priority development areas for achieving carbon neutrality globally and in China. "These are areas that account for more than 70 percent of all climate change investments, both at the global level and at our national level." Wang Jinnan introduced.

As the representative of the "carbon neutral and low carbon life leader" selected by the conference, Huang Wei, CEO of Rotary Group, was invited to share the practice and thinking of the circular economy platform. He said that clean energy, CCUS and green consumption are expected to become the three core development directions of the "carbon neutral" field. 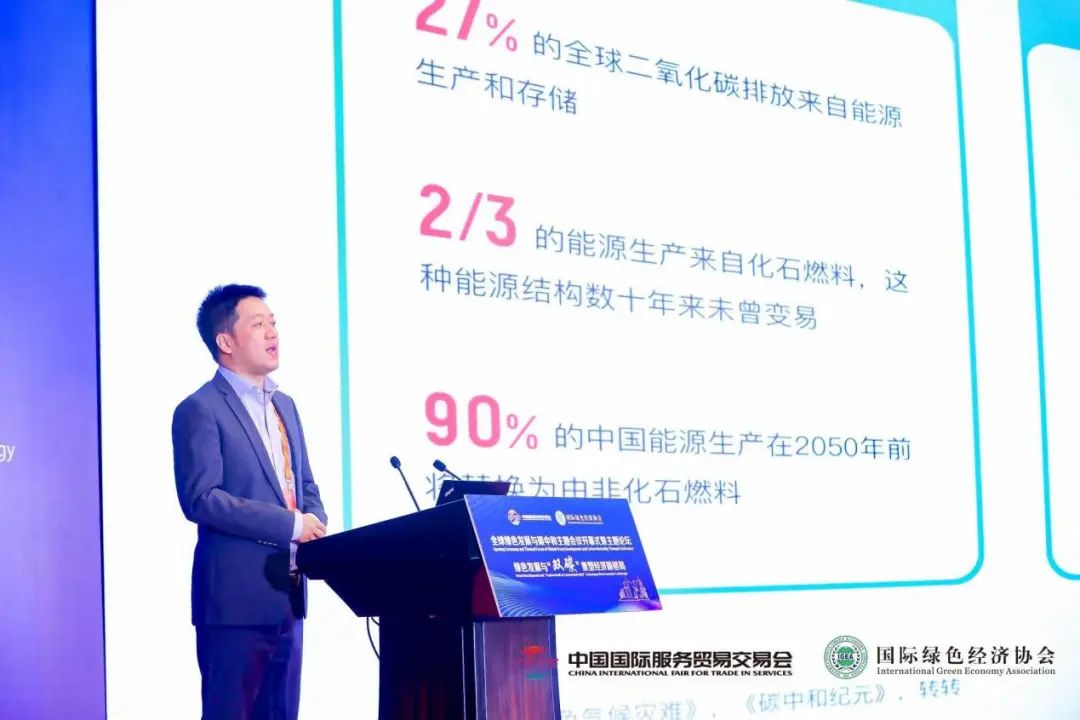 So, under the national strategy, how should every ordinary person, as an individual, participate? According to Huang, the first step is to build consensus on the goal of carbon neutrality.

"In the past, we have seen some people ignore the issue of carbon emissions. In fact, the direct impact of climate change on our lives has been clearly felt since the summer." Huang Wei said that the strategy and path for the country to achieve the "double carbon" goal have been very clear, and it is closely related to each individual; For ordinary people, green consumption is within reach and can be practiced.

To turn around in the second-hand cycle industry for example, in the first half of this year, the total domestic mobile phone shipments in the decline of more than 20 percent under the background of 136 million units, the monthly average down as many as 33 mobile phone release; The number of discarded mobile phones in China has remained at a high of 300 million to 500 million annually from 2015 to 2021, according to statistics from the China Association for Circular Economy. 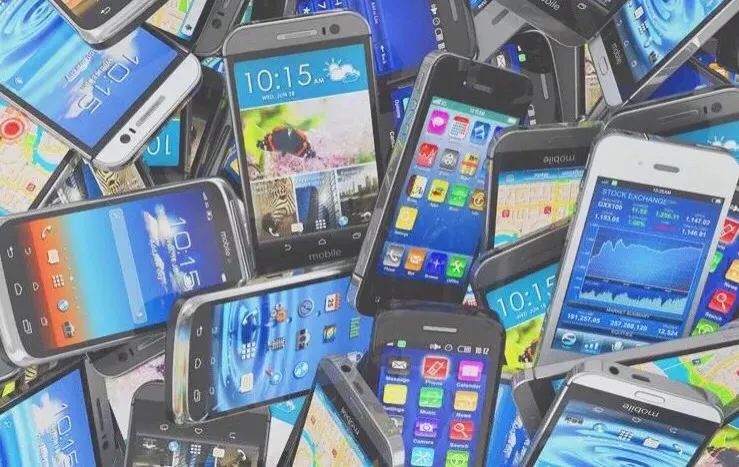 What happened to so many old mobile phones?

According to the association's research results, about 54.2% of the main flow of discarded mobile phones is left unused by consumers. That is to say, there are more than half of the used mobile phones are "lying flat" at home "eating dirt".

According to the Carbon Emission Reduction Report of China's Idle second-hand Trade released by the Institute of Energy, Environment and Economics of Tsinghua University and other institutions, the carbon emission reduction per unit of second-hand mobile phone trading can reach 25 kilograms.

Huang Wei said that if idle resources such as these used mobile phones can continue to play a valuable role through circulation, the earth's resources consumption caused by manufacturing and other links can be reduced. Green consumption and low-carbon lifestyle, including second-hand circulation, are not only accessible to everyone, but also a very important part of the development of circular economy, which has a broad market prospect in the "carbon neutral" field.

From the development status of the global market, the domestic circulation industry is still in its initial stage, and idle resources, including used mobile phones, have not been fully circulated and reused, because many people think it is too troublesome to buy and sell idle.

To this end, Rotary has been trying to build a new experience in the industry: to provide consumers with more reliable, more assured and less worry service. For example, Turnround pioneered the quality inspection service for mobile 3C products in the industry, and gradually became the preferred platform for people to buy and sell used 3C products. It began to build a nationwide quality inspection, sorting, sales and recycling network for multiple categories of idle transactions, and continued to invest in intelligent equipment and professional personnel training and other infrastructure. 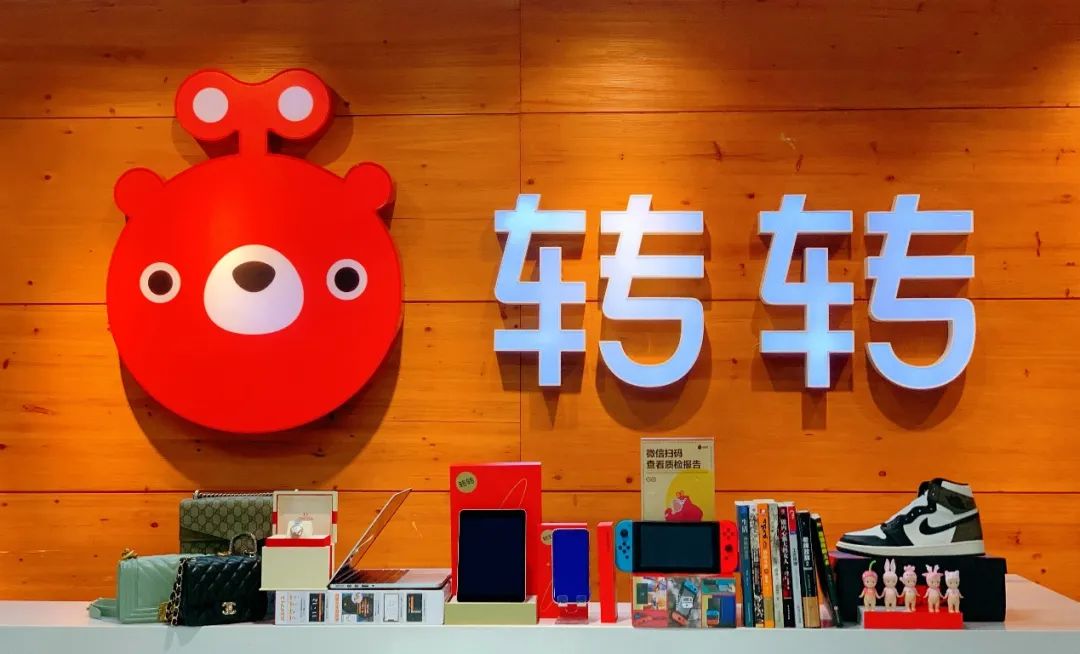 The continuous improvement of the compliance service system and the improvement of digital technology will enable more people to form environmental awareness and build consensus on the carbon issue through the green consumption lifestyle of buying and selling idle. Based on this, over the past six years and more, we have achieved 1.8 million tons of carbon emission reduction by trading hundreds of millions of idle items and working with customers. The platform has reduced energy consumption by 2,372.4 GWh, and the 20 million books sold are equivalent to protecting 170,000 trees.

"We always believe that the second-hand circulation industry has great potential." Huang Hui introduction, in the backdrop of the rapid development of circulation economy, around the company's transformation into a circular economy industry also hope to continue to play a platform for the industry advantage, drive more people to build consensus, actively advocate and to participate in the green consumption, avoid waste, idle resources circulation flow, to achieve "double carbon" contribute more power.

In the face of new challenges and opportunities, Special Envoy Xie Zhenhua pointed out that green and low-carbon transformation and innovation have spawned a variety of new business forms and new technologies, ushering in huge development opportunities. In the process of accelerating the transformation of the mode of production, lifestyle and consumption, a huge green market will be created, which will unleash a powerful new driving force for economic growth and bring new investment opportunities and a vast market to China.

Investment in China's clean energy sector from 2018 to 2021 has increased from 36.52 billion yuan to 82.52 billion yuan, according to a report released by Zero2Research Center. More than 1,000 green industry funds have been invested in environmental protection, clean technology and new energy so far, according to Qianzhan Research Institute.

"The 'double carbon' target is triggering a restructuring of the traditional economic model and industrial landscape." Deng Jihai, Executive president of the International Green Economy Association, said that new business forms and new economic models of dual-carbon services will become an important engine to promote economic recovery and high-quality development.

For every ordinary person, to advocate and form a low-carbon lifestyle of "consume but don't waste", in fact, we can start from a CD campaign, green travel, idle business.

In the end, we hope and strive to leave our children and grandchildren green mountains and clear waters, not forests of steel.

1. The above industry information is collected from the Internet, and the materials, pictures and Copyrights belong to the original authors for the purpose of sharing more information. If any infringement, please contact to delete.

2. The information is for learning and reference only, and no warranty is given for the accuracy, reliability or completeness of the information. The reprint or quotation is only for the purpose of spreading more information, and should not be used for commercial purposes.

Scan the qrcode to reading this article on your phone